A Guide to Interior Flush Doors

Generally, when homeowners think of doors, they think of the entry door. The entry door is the first thing people see when they enter your home. However, it’s important to remember that not every door needs to be ornate and special. In fact, most of the doors in your home will be fairly ordinary, but no less important than the entry door. Flush doors are commonly used, affordable interior doors. Read on for more information about flush doors and how how you can use them in your home.
Doors
Interior Door Styles
Interior Flush Doors
We find the company that suits to your needs
Make an inquiry

The Basics of Flush Doors

In general, flush doors are smooth and simple doors used for the interior of your home. These types of interior doors do not have any grooved designs on them, unlike the slightly fancier panel doors. Often, flush doors are constructed with wood fitted over a hollow core. This hollow core is often outfitted with extra support structures, such as a honeycomb support system. Flush doors with these hollow cores are exceptionally lightweight.

Some flush doors, however, are solid and constructed with solid laminated wood, usually birch, oak, or mahogany. Generally, the exteriors of flush doors are covered with plywood, hardboard, or veneer, and are often treated with finishes that highlight the wood grain and sealant.

Basically, flush doors are ordinary doors made for function, rather than style. Flush doors are often used in settings in which aesthetics are not a concern. However, that is not to say that flush doors are ugly or unattractive. Instead, they’re simply and efficiently made to be affordable. 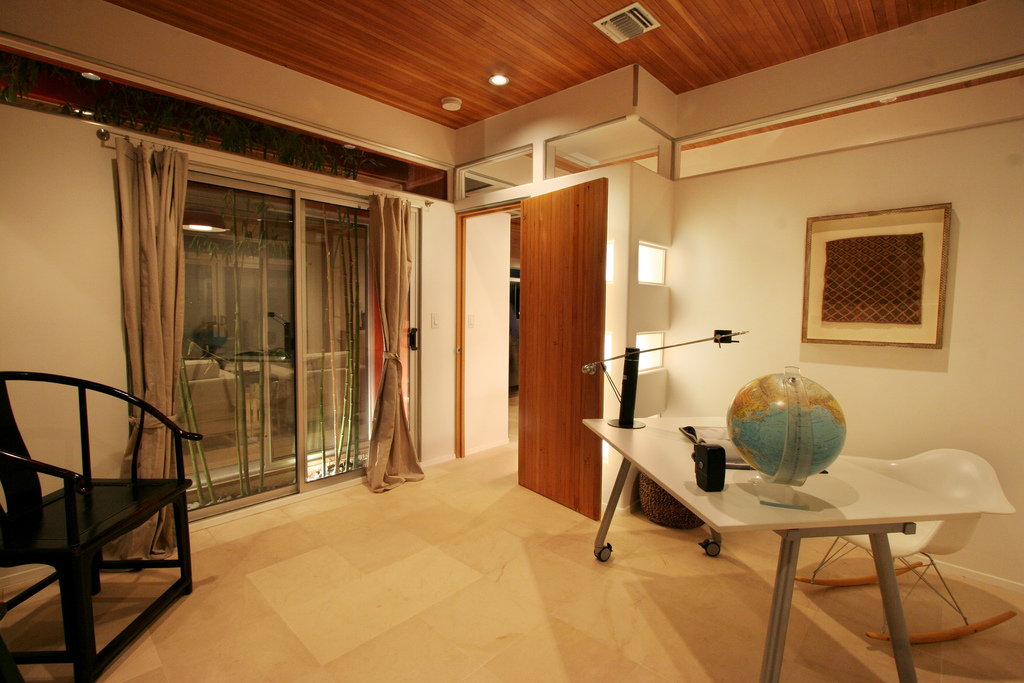 Flush doors, such as this one in a home office, can add a minimalist design to your home. | © CC BY 2.0 flickr.com / Jeremy Levine

Cost and Maintenance for Flush Doors

While flush doors are not known for their fancy style, that does not mean they have to be boring. Flush doors are easily painted, and so it’s easy for them to blend into any existing decor. Additionally, because flush doors are nondescript, they will not take attention away from other elements of the room. As such, they can be used to accentuate other design elements.

We find the company that suits to your needs
Make an inquiry
Read more articles
939.259 Referred
Homeowners